This Girl Can – Samiah’s Story 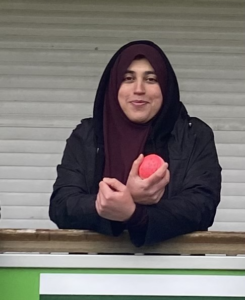 Samiah Haleem is an outstanding ambassador of ‘This Girl Can’ and through the campaign, she has become a pioneering leader in increasing growth and participation in Women & Girls Cricket in The Renewal Trust area in Nottingham.

With the support of This Girl Can Nottingham and The Renewal Trust, Samiah organised a Women’s Cricket softball festival in St Ann’s and was able to attract a total of 85 attendees.

Through weeks of organising and recruiting as many women as she could, Samiah’s hard work paid off. She is now exploring how we can keep these women active.

I am a British Afro-Asian (Indian-Kenyan-Pakistani with a combination of Sikh Punjabi and Turkish ancestry!) Although multi-heritage, now of Islamic faith. I was prematurely born as my mother went for a routine check whilst my father went off to play his cricket match!

My first cricket experience: My father Abdul Haleem Chaudhri and his brother Salahudin Chaudhri strived and formed a cricket club for Asian men. They were key founders/presidents of the Asian Cricket Club in the London borough of Waltham Forest in the early 1970s. Their brother Shakil Chaudhri and cousin Khalid Chaudhri later progressed to captain the team for many years playing in Essex cup leagues and internationally. 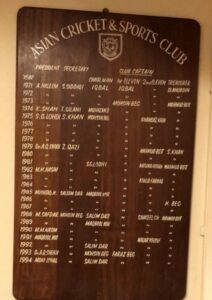 I used to watch hours and days of test cricket matches with my dad when I was young. With the favourite time being World Cup cricket. I understood patterns and band and pretty much became the scoring pundit much to everyone’s annoyance when it was going against us.

A shift in focus at college and university took me away from physical sports with very little free time. The thrill and love for watching T20 developed again and was enjoyed immensely through multiple pregnancies. 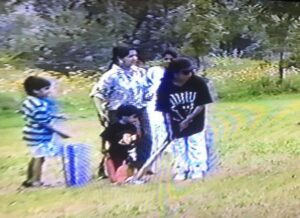 I had heard Ian Dipaola the participation and growth officer on RadioDawn talk about walking cricket, disability cricket and how inclusive cricket is in Nottinghamshire County.

I had then seen an Allstars activator with the children at Trentbridge from the audience in May 2019. I was inspired by seeing an active sporty hijabi participating in cricket in a modest-looking way. As the law of attraction would have it I met Asma Ajaz-Ali two months later face to face via the Muslim community Organisation callout for volunteers.

Ironically at a time when I was experiencing aversion around my hidden disabilities/altered abilities (and not able to make chapattis due to my Asthma), I was lucky to meet all three of my local City Programmes Executives and to get training from Shilly Pancholi and Hina Mistry, who were all really accepting, and encouraging my involvement in the Allstars programme.

They gave me the validation I didn’t even realise I sought at the time. I was invited to a crikitty party at Edgbaston cricket ground, it was fun and liberating being part of the Desi women programme. 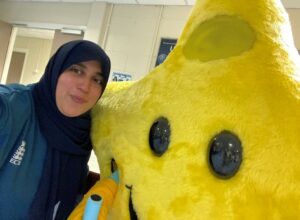 I love to skill-share and have run creative education and learning workshops for years. When I got bored of my delivery (pun intended) I became a sublime science presenter and did science parties for children. I was known as ‘Artist Aunty’. They now call me’ cricketwaliaunty’.

I naturally morphed and dived into the deep end and co-led the Allstar sessions in Nov 2019. They were split into 4 weeks of female delivery and 4 weeks of male delivery. Lots of women told me they felt reassured leaving their daughters at a female-led session. My input felt needed. My children helped with setting up and clearing the sessions and picking up the balls for me. Team effort! 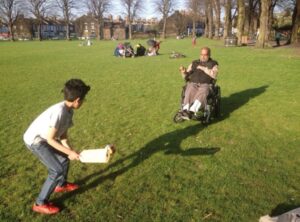 I went on to start the Youth Mental Health First Aid Course and attained an ECB level 1 foundation course in coaching in January 2020. I joined a women’s softball session for my own re-development and led a session when the coach could not make it.

Then we were hit with the lockdown. I managed to join the Chai and chat monthly zoom sessions and felt connected. I was also given access to an empowerment course and Microsoft workshops. I requested to shadow the softball sessions at my children’s local cricket club Cavaliers & Carrington where the respected coaches were really welcoming.

As a result of my presence, parents felt confident leaving their girls at the sessions. I am looking forward to having more cricketing experiences with my daughters as well as my son’s IA.

I have become a self-appointed calling card to the programme and have shared the benefits with other ladies as I believe one should “Love for others what you love for yourself” sunnah of prophet Muhammad saw pbuh. 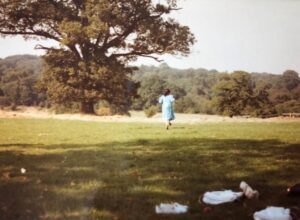 I have invited multi-faith groups from my community to have access to the Allstars and Dynamos programme. I am now a recognised community champion in Nottingham City for the Dream Big Desi Women Programme.

We’ve recently done allstars and Dynamos training for the new cohort, and supported a Dynamos session at a school with special guests – Trent Rockets players Katherine Brunt and Abbie Freeborn. The programme has allowed this Desi woman to Dream Big and attend a soft ball tournament at Lord’s! It was exhilarating! I have developed new contacts and shared big moments with the network. It’s been amazing! 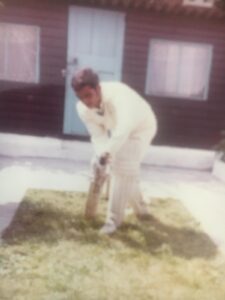