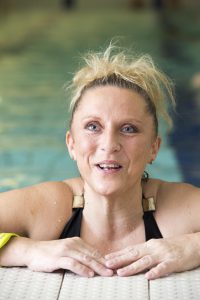 In March 2015, Erica’s husband of 30 years made a bet that she wouldn’t be able to stick to a gym membership.

She hadn’t had much success with all the Slimming World and Weight Watchers diets and DVDs over the years, only losing a pound or two here and there.

Despite dreading it at first, all it took was for her son’s mother-in-law to bring her along to a Bums, Tums and Thighs exercise class at Clifton Leisure Centre, and she was hooked.

After six weeks, trying all the different classes, Erica stayed on track with her Flexible Fitness membership, and she’s since lost 8 stone and returned to work after 25 years. 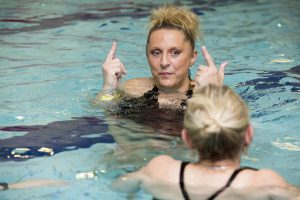 And not just any old work either – Erica works six days at the hospital and ends up racking up around 28 miles on each shift!

Erica goes to Clifton Leisure Centre regularly – sometimes up to ten times a week – fitting in her exercise before she starts work in the afternoons.

“I like going there… I go and chat to everybody. It’s a close community.”

Erica has found that regular exercise, and swimming in particular, has helped her to live a much healthier lifestyle in every aspect – kicking her 80-a-day smoking habit, cutting down on drinking and generally being more active. 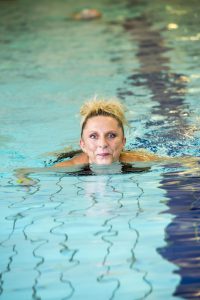 This has made a huge difference in helping to manage her long-term illness – she no longer has to use a breathing machine and has become much less reliant on medication. It’s also made a real difference when it comes to spending time with her family and three young grandchildren.

“I couldn’t even get out of the chair before… Now I can run all over!”

If, like Erica, you want to make a change, whether it’s losing weight or just leading a healthier lifestyle, check out Flexible Fitness today.